I know I've been going on about it lots, but I am so intensely little kid excited about coming to the end of my first year of blogging! I've read such awesome stuff this year and added to my already disgustingly giant TBR pile, and a huge amount is due to blogger recommendations. Mostly to try to get all the awesome I've read straight in my head, I'm completing Jamie's End of 2011 book survey. Feel free to read on or not, as the mood takes you!

1. Best Book You Read In 2011?
I think this is the first time I have ever been able to answer this question straight away, without even thinking about the answer. I did add another couple of titles to my answer about two seconds later, but still, result!
Immediate answer - The Night Circus by Erin Morgenstern. Totally lived up to the hype and made me want to read it again, immediately after finishing it.
The two I added two seconds later - Reading Lolita in Tehran by Azar Nafisi, and Persepolis by Marjane Satrapi (my first foray into non - fantasy graphic novels - totally opened my eyes)

2. Most Disappointing Book/Book You Wish You Loved More Than You Did?

Franny and Zooey by J.D Salinger. I've been a giant fan of The Catcher in the Rye since I was about fourteen, and this book has been on my TBR literally forever, but when I did get around to reading it, I just couldn't love it like I wanted to...

How to be a Woman by Caitlin Moran. This is still the most hilarious book I've read all year and just so entertaining. I get the giggles just thinking about sage and onion stuffing now.

Probably the Percy Jackson series by Rick Riordan, or Case Histories by Kate Atkinson. I love Percy Jackson despite it being slightly childish in tone, the books are just brilliantly quick entertaining reads. Thank you Hanna for sending me the first one!

6. Favorite new authors you discovered in 2011?

7. Best book that was out of your comfort zone or was a new genre for you?
Before this year I hardly ever read any YA. If I'm honest the snobby 'I have an English LIterature Degree' part of me still dislikes admitting that I do, but my stats for the year beg to differ so... Having said that, The Hunger Games trilogy earlier this year was a total revelation for me. I absolutely adored the series and I go between extreme excitement and apprehension about the upcoming film!
8. Most thrilling, unputdownable book in 2011?

The Night Circus by Erin Morgenstern again! If you haven't read this book, you really really must, it is so incredibly beautiful and captivating. Also Sara Gruen's Water for Elephants which I keep forgetting about but completely adored for being so suspense building and darkly gorgeous.

The Night Circus or The Weird Sisters by Eleanor Browne (which was good, but not as great as I was expecting...)

In Your Face by one of my most favourite authors ever, Scarlett Thomas 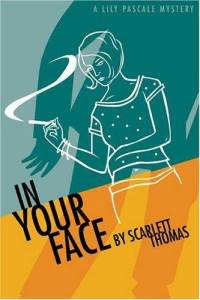 I know she was only in it for like a really little while, but Rue from The Hunger Games. I loved her, she was so brave she broke my heart.
12. Most beautifully written book read in 2011?

The Night Circus by Erin Morgenstern

Lost at Sea by Bryan Lee O'Malley
13. Book that had the greatest impact on you in 2011?

Reading Lolita in Tehran made me rant at people about women's rights and feminism a LOT. I felt strongly enough about it to do a giveaway (rare occurrence!) just to be able to pass the awesomeness on!

East of Eden and Tender is the Night. Both amazing, brilliantly written and much more engrossing reads than I expected.

From How to Be a Woman - sorry if it's not to people's taste, but I find it HILARIOUS:(in reference to periods)

"As part of being a hippy, my mother doesn't 'belive' in painkillers and urges us to research herbal remedies. We read that sage is supposed to help and sit in bed eating handfuls of sage and onion stuffing, crying. Neither of us can believe that we're going to have to put up with this for the next 30 years.
"I don't want children anyway,' Caz says, 'So I am getting nothing out of this whatsoever. I want my entire reproductive system taken out, and replaced with spare lungs, for when I start smoking'"

16. Book That You Read In 2011 That Would Be Most Likely To Reread In 2012? How to be a Woman by Caitlin Moran (because I want to re-read it just from going through trying to find the above quote)
The Night Circus because, as previously mentioned, it is entire bucketloads of awesome.
17. Book That Had A Scene In It That Had You Reeling And Dying To Talk To Somebody About It? (a WTF moment, an epic revelation, a steamy kiss, etc. etc.) Be careful of spoilers!

It's probably kinda bad that I can't really think of one...There were some scenes in The NIght Circus (surprise surprise), and a few in The Last Werewolf I think but nothing specific springs to mind..
I shall be doing more talking about 2011 before the end of the year, including some stats that I find interesting but probably nobody else will....
Posted by anarmchairbythesea at 23:43