I like doing these posts in the form of monthly wrap ups, despite not having done one since about February. It's good to keep track of what's been going on!

Time and place 8:20pm in my armchair in my living room, as always.

Reading Well that's a big question! April was 24 hour readathon month and it was the first time I'd participated since 2012. I wasn't expecting great things and yet great things happened! In total I finished eight books in April and started another three. Of those, one was by a diverse (in my definition) author - Every Day by David Levithan - which is total crap for my aim of one in four. Honestly I'm not doing great with my diversity goal this year but I aim to step it up a bit during Bout of Books in a couple of weeks. However on the plus side it's been over a month since I announced my charitable book buying ban and I have bought no books and six of the eight I read were books I own so that's a win!

The books I finished in April were:

* The Empathy Exams by Leslie Jamison : I liked this book, it was really thought provoking in parts and made me reconsider how much I subconsciously judge people. I don't think I loved it as much as some people did though, and I'm not sure why that is.

* Flight by Isabel Ashdown : Really enjoyed this and will be reviewing it once the ReReadathon madness is over!

* Every Day by David Levithan

* The Diviners by Libba Bray

* Fairest: Wide Awake by Bill Willingham : I read this during the readathon and really enjoyed it. Another graphic novel series to keep up with!

* The Wreck of the Zanzibar by Michael Morpurgo : Another readathon read and once I'm glad I finally read, but he's written better stuff.

* Saga: Volume 1 by Brian K. Vaughan and Fiona Staples : I think this is tied with Every Day for favourite book I read this month. Everyone's been going on about Saga for so long and I've been holding back... I don't know why? Oh wait, I do. Because I'm on a book buying ban and my library don't have the next one in the series! (I did just request that my library service buy it though, so we'll see)

Watching Lots of My Mad Fat Diary which I still absolutely adore. Also a rewatch of Our Zoo which was even better this time around after having been to Chester Zoo (which I highly recommend a visit to if you're a person who enjoys visiting zoos) and we watched Mirror Mirror last night, which Rhys had never seen but I had and it was as gorgeous and enjoyable as I remembered. That film is visually awesome. We also watched the recording of the stage show of Billy Elliot the Musical and that was pretty brilliant too. You've got to admire the stamina of the kid who played Billy - he has a pretty epic song interspersed with a pretty rigorous ballet section and finishing off with the highest of all the high notes. I was impressed.


Blogging Allll the things! This year has been crazy (in the most awesome way) for blogging, I really seem to have hit my stride with it again. I think since I've been way less focused on my craft business that blogging has regained its special place in my heart (awwww. vom, right?). Anyway, here's what I blogged about in April:

- Re-Readathon
- Preordering: Yes or No and Why?
- Stuff I Want to Make Soon (for Inspiration on Mondays)
- Some idea of topics to post about for Fairytale Fridays (the next one is May 29th)
- On Being a Mother with Anxiety
- A post on Terry Pratchett adaptations for #TerryPratchettBlogTour
- Fairytale Fridays: How Does a Fairytale Become a Fairytale?
- Readathon, Readathon Challenges, End of Readathon Update
- Starting post for Re-Readathon and Bout of Books

Cooking An accidentally vegetarian meal of the 'can't be bothered to go to the shop, what's left in my 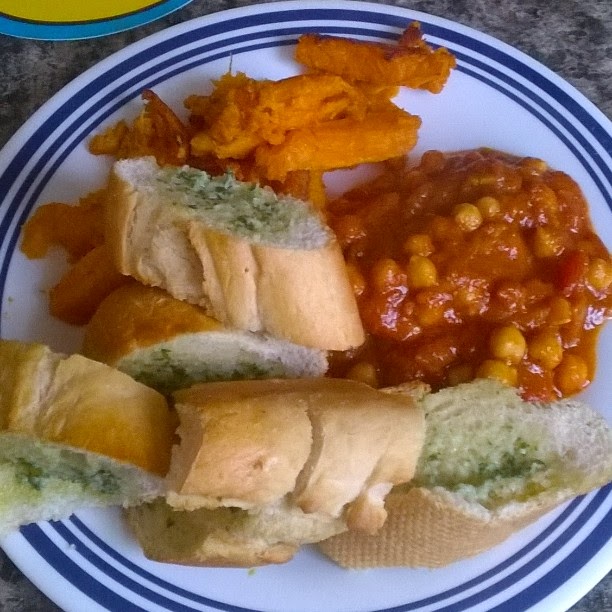 cupboard?' kind. Awesome chickpea curry with sweet potato chips and garlic bread (??). It was brilliant. Also not cooked but we went out with my mum and sister the other day when they visited and I had an amazing spicy calzone full of different kinds of meat, chillis and tomato sauce. Incredible.

Loving Visits. This month my best friend has visited, my sister and her lovely boyfriend, my other sister and lovely brother-in-law (yes, both my sisters are lovely too!), my mum and another sister for a day and father-in-law and his friend for the weekend. We've had so much company, so many lovely days and lots and lots of wonderful photographs taken for, by and of us.

Also really loving The Happiness Project by Gretchen Rubin which I technically finished in May but I really really loved it, only about two years after everybody else really really loved it but still. I'm finding myself still thinking a couple of days later about the things she changed to make herself happier and occasionally employing some of them myself. It's nice and I've just started her second happiness book, Happier at Home which I'll have to put aside for the Re-Readathon, but I'm really engrossed so far! They both tie in so well with my One Little Word project for this year too!

Anticipating The Re-Readathon this week! A few people have signed up to take part and I've already been chatting to people on twitter and instagram about their potential reads, it's so exciting! If you'd like to join in all the details are here and there will be things going on throughout the week as well as a giveaway of a book of your choice : every link you enter on to the master link up for the readathon (also at the above link) will gain you one entry to the giveaway!

Also excited about Bout of Books the week after as I've just decided while writing this book that I'm going to create my TBR for that readathon entirely from my shelves of diverse authors. It's always such a fun event, if you haven't signed up yet you really should!

That's it for my April, a pretty great month all around really! What are you most looking forward to in May?
Posted by anarmchairbythesea at 21:16