The Happiness Project and Happier at Home by Gretchen Rubin 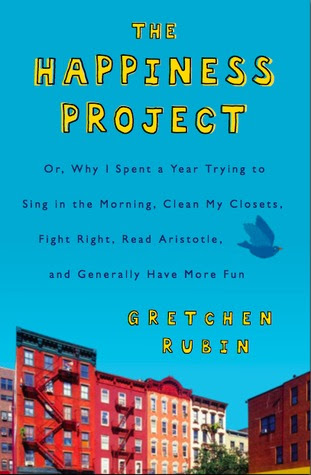 I finally read The Happiness Project after having it on my shelves for about three years, and I loved it so much that I immediately ordered Happier at Home into the library. I pretty much read them back to back, while listening to Gretchen Rubin's podcast, Happier on the way to and from work. I feel like they've impacted my life in a big way, so much so that I actually emailed Gretchen Rubin earlier this week to thank her for writing them. This is something I pretty much never do (she did email back and was very nice).

A lot of people have accused both books of being very self-involved and have been annoyed by them because Rubin's standard of living is pretty high. Her family is not badly off at all and it is obvious throughout both books, however I don't really see the problem because they are both her personal projects; her personal experience. There was a huge amount in both books which inspired me and a lot of things that I've actually tried myself. I'm thinking of embarking on a full blown happiness project next year, we'll see. 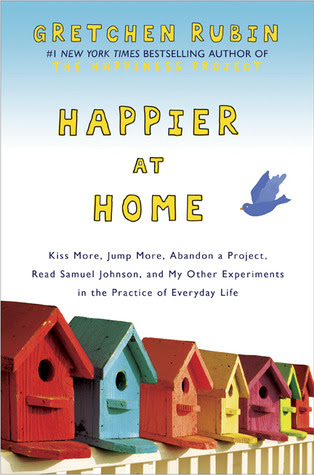 The basic idea behind both books is that she took a different aspect of life each month for a year (The Happiness Project) and nine months (Happier at Home) and worked on three or four goals to improve her happiness in that area each month. Each months' goals would be added onto the previous months goals so that at the beginning she only had to do one months' goals but by the end she was doing all the goals for all the months which I think is a really good way to make habits.

Personally I really liked the idea of setting goals around certain aspects of life; my One Little Word project this year is very much geared up that way. I'm trying to give myself small manageable tasks to tick off to work towards my goal of generally being more grateful and I found that both these books tied in really well with that. I also think that I found a lot of affinity particularly in Happier at Home because Gretchen Rubin struggles with being a nervous driver and, having just passed my test a few months ago, so do I. I liked that she didn't overcome all of her barriers and that she never presented her project as being a total success all the time. Because it's all small steps it not only makes it more manageable but also less horrible if you fail a few (hundred) times.

Speaking of habits, I'm off to place a hold for her new book about forming good habits, Better than Before. And if you're not listening to the podcast, you're missing out.
Posted by anarmchairbythesea at 07:00