I meant to post this just after Christmas, but stuff got a bit mental and I forgot. To be honest, I didn't get that much in the way of books, but between the three of us we did well!! 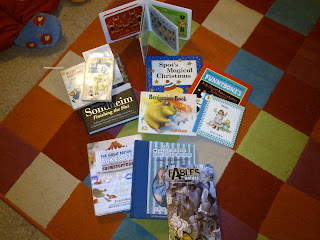 Soooo basically the books at the front are mine, the middle left pile are Rhys' and the ones on the right and at the back are Benjamin's! Here's what's in the pile:

That's it for me, but Rhys got:
Benji's haul was definitely the best, because he's a baby and everybody wants to buy books for babies, right? 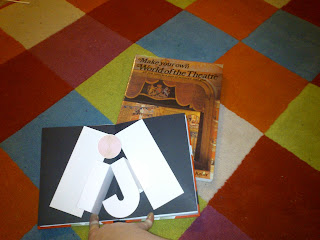 And aside from all that, lovely Hanna sent me Farenheit 451 by Ray Bradbury and The Lost Summer of Louisa May Alcott by Kelly O. McNees, both of which I'm ridiculously excited to read. She also sent Benji an Amazon voucher which I've just spent, but I'll save the pictures of those books for when they arrive!!
Posted by anarmchairbythesea at 09:14