I’m really excited about the book I’m currently reading, my second Pulitzer winner of the year, The Brief Wondrous Life of Oscar Wao by Junot Diaz. My younger sister was reading it as part of her college course and recommended it, and I’m loving it so far. As I’m already so far behind with my reviews, though, she agreed to lend out her review of the book for all you lovely people, so here is my very first ever Guest Review! You can find her here, and encourage her to blog more! 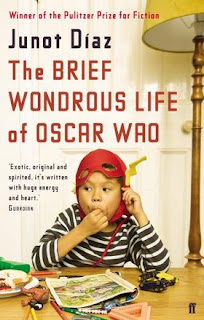