This week I tried again to make honey fudge. To put this into perspective, I recently made my first successful batch of fudge - peanut butter - after years of failing to get it quite right and became obsessed. Since then I've successfully made gingerbread latte fudge and black forest fudge, both of which were gorgeous, but I've failed to make honey fudge quite right either time. The failure of the story isn't the important bit. The important bit is that while I was in the process of making the fudge I thought about how much fudge I would have if it were to go right and how often now I don't bake or attempt confectionery because I don't have enough people in my immediate vicinity to eat things, and people at work start not liking you pretty soon if you ruin their diet too many times in a month.

Then I though how exciting projects like Random Acts of Kindness were back when I first started blogging, and how many connections I've made with people through things like that, Ninja Book Swap and OTSP Secret Sister, among others, and I thought wouldn't it be nice if I started a project where people would give me a little information about themselves so that I could send them secret gifts once in a while, without them knowing when they would arrive. I mean, I love expecting things in the post, but equally it's really exciting when you're not expecting anything and something lovely shows up out of the blue! 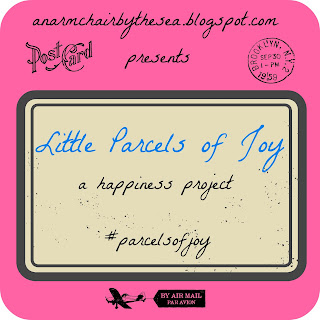 Because I'm me, I immediately (I mean immediately, like, while the fudge was still boiling) made a sign up form and announced my plan on twitter, having not at all thought through how it would work. I created the option for people to just receive stuff or to also send stuff as well. The proviso of this is that it will be entirely random, and mostly be baked goods, confectionery and occasionally bookish gifts and random little things. Nothing too expensive, nothing big, just a little parcel of joy. Does what it says on the tin! And so far, of the people that have signed up well over 75% want to send as well, which means I have to think about the logistics of how it will work.

Honestly, I'm still not sure, but here is the idea that I have: if you want to take part, fill in the form. If you just want to receive stuff, that's fine. You don't need to do anything else, but I will be in touch to check if you're OK with me passing on your address to other people on the list who want to send stuff as well as receive it.

If you want to send stuff as well then my current idea is that I will make a spreadsheet in Google Drive and share the link with those on the list. The sheet will contain just names, whether people have any allergies or dislikes, which country they are in (not full address details), and when they were last sent something. Then if you have something you'd like to send to someone you can check the sheet, figure out who you'd like to send it to (or just select a number at random, as I'll be doing!), make sure they've not just been sent something, and then give me a shout for their address details.

I know it sounds a bit convoluted but I'm not particularly happy with having people's full addresses on a public spreadsheet so I thought this way worked better!

There is no commitment with this project. If you said you'd like to send stuff too and then never have anything to send, that's ok. If you said you'd just like to receive but find yourself with the urge to send someone something, that's also ok. You can send once a week, once a month, twice a year, whenever you have something lovely you want to give to someone!

Basically there are no rules, except those of common decency. This project is designed to spread joy so please only send stuff that's nice (it should go without saying that you shouldn't send anything of an offensive nature, anything that could be dangerous, or anything that's just horrible). If you're a terrible baker, please don't bake! Do something else that you are good at - make stationery, knit something, draw a picture, whatever, and please say hi when you send stuff. Unexpected gifts are good, receiving anonymous baked goods in the post could be considered a teeny bit sinister...

I'm sure there will be teething problems and glitches from time to time, but I'm excited to start another little joy spreading project! Again, if you'd like to take part - either to send or to receive - please fill in the form which can be found here!