Roald Dahl Day and a Giveaway

Every single year since I've been blogging I've merrily watched Roald Dahl Day sail by with a sigh of 'oh damn, I would have blogged about it if I'd known'. Well my friends, this year is the year that I remembered ahead of time and so I'm blogging about it!

In case you've never heard of him, Roald Dahl is, at least here in the UK, one of the most well known, best loved children's authors. He is famous for his zaniness and child centred books where adults are often disregarded as ineffective or at worst the enemy. He has created some of literature's most well known characters such as bookworm Matilda, terrifying Miss Trunchbull and the Big Friendly Giant (BFG) among many many others.

As a child I adored Roald Dahl. We read his books at school, at home, as bedtime stories and individually. We watched the films and TV adaptations as soon as they came out, and the soundtrack to my youth was 'Pure Imagination' from the Gene Wilder film Willy Wonka and the Chocolate Factory which is very likely what we'll watch later on today. A couple of years ago Rhys and I went to see Charlie and the Chocolate Factory in the West End and were beyond excited when that song was in it, as we'd heard that none of the film's music was retained. Incidentally if you get the chance to see it you should, it's fantastic. I've not been to see Tim Minchin's Matilda yet but it's next on the list!


This is obviously not Gene Wilder, but it is an unexpectedly great version of Pure Imagination by Mr. Jamie Cullum. You're welcome.

For me, Roald Dahl allowed me to push the limits of my imagination. His work allows my children to believe that anything is possible; that poverty isn't a barrier, that books really can be magical, that foxes can outsmart farmers, that your dreams come from giants. It is hilarious and magical and disgusting and amazing and we owe a debt of gratitude to him for his amazing imagination.

When you've grown up with 'want to change the world? there's nothing to it' running through your head, it's difficult to believe you can't. I don't mean this in a defeatist way, but rather that having been brought up on a steady diet of Mr Dahl's fantastic imaginings, as an adult I am more inclined to find a way to make it happen than lament the impossibility of a situation. In short, imagination gives you so many tools for adult life and should never be underestimated!

As many of you will know, when I love something my favourite thing is to share the love by gifting books. To celebrate the life and work of this wonderful author I have not one but two amazing giveaways! 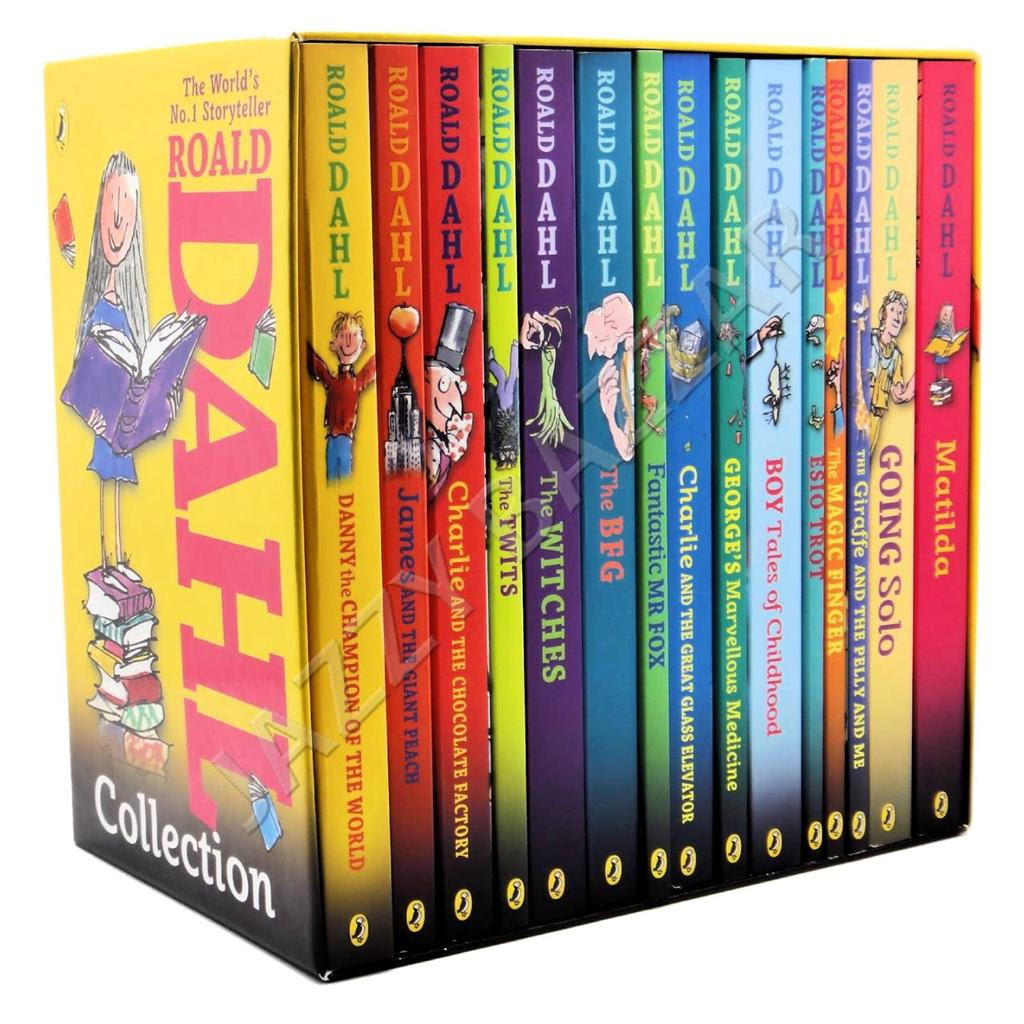 Firstly, one UK reader can win an entire box set of Dahl's work! This is a beautiful box containing 15 of Dahl's books, including:

To enter this giveaway please leave a comment with your favourite Dahl related story, memory or a link to your own Roald Dahl Day post as well as your email address or twitter handle so I can get in touch with you if you win. If you tweet about the giveaway (using #RoaldDahlDay) please leave the link to your tweet for an extra entry.

Secondly, one international reader can win their choice of one of the above titles. To enter this giveaway please fill in the Rafflecopter form below!

Both giveaways will only run until Tuesday 15th so please don't miss out!

Happy Roald Dahl Day, everyone! How will you be celebrating?
Posted by anarmchairbythesea at 07:00