A Day in the Life

Today Trish is hosting an awesome blogger event called A Day in the Life. It's pretty self - explanatory - the idea is that everyone picks an ordinary day and just keeps a record of what they do and then shares. The day I journalled was actually this Tueday just gone as between then and now we've had a few odd days with appointments and then today Rhys has an extra day off work so we'll likely be out all day. I'm looking forward to catching up with everyone else's posts this evening though!

If you want to join in the fun you can check out the other posts here.

6.15am    I groggily respond to calls of 'mama!mama!' from Rhys and Ben (who think it's hilarious that they've made me get up!). Sam is now up too so we all hang out in the boys room having cuddles and reading a few stories.

6.40am    I bring the boys downstairs. They play in the playroom while I make breakfast and Rhys gets read for work.

7.30am   We have breakfast - cereal and toast. Rhys leaves for work.

8am         Breakfast over, boys listen to Peter Rabbit audiobook and watch a little Fireman Sam while I do some blog stuff.

9am        I hang laundry and play with the boys a little. This mostly involves throwing Sam in the air while he giggles madly and letting him bounce on my knees as if I were a trampoline. He gives a lot of kisses, which involve him grabbing my face in a fairly scratchy manner and then slobbering all over my face. Lovely :-) 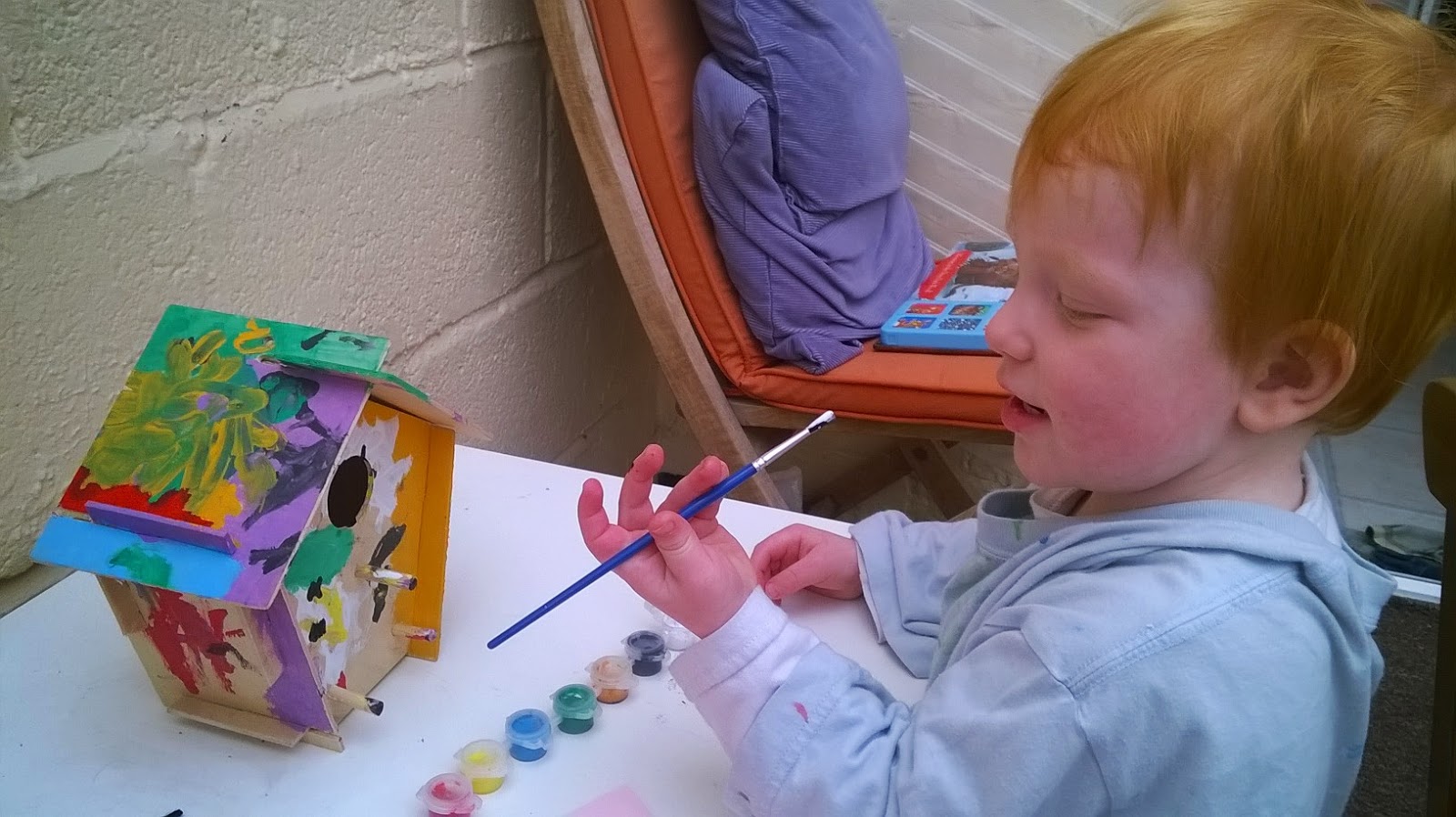 10am      I do some painting with Ben while Sam naps. We are finishing off a 'Paint your Own Birdhouse' kit he got for Christmas. It's incredibly colourful, but most of the paint is running out so it's a good thing we're nearly done! After we finish we do a little drawing. Apparently drawing along a ruler is the funniest thing ever and causes Ben to laugh hysterically for a good five minutes. Then (predictably) we have to pretend pens are lightsabers and have a fight. Also predictably I have to be Darth Vader. It starts raining.

10.50am   Sam wakes up. Ben and I get dressed (I know, really late!). We start to get ready to go for a walk but are interrupted by an impromptu dance party while listening to the soundtrack to the Muppets movie. 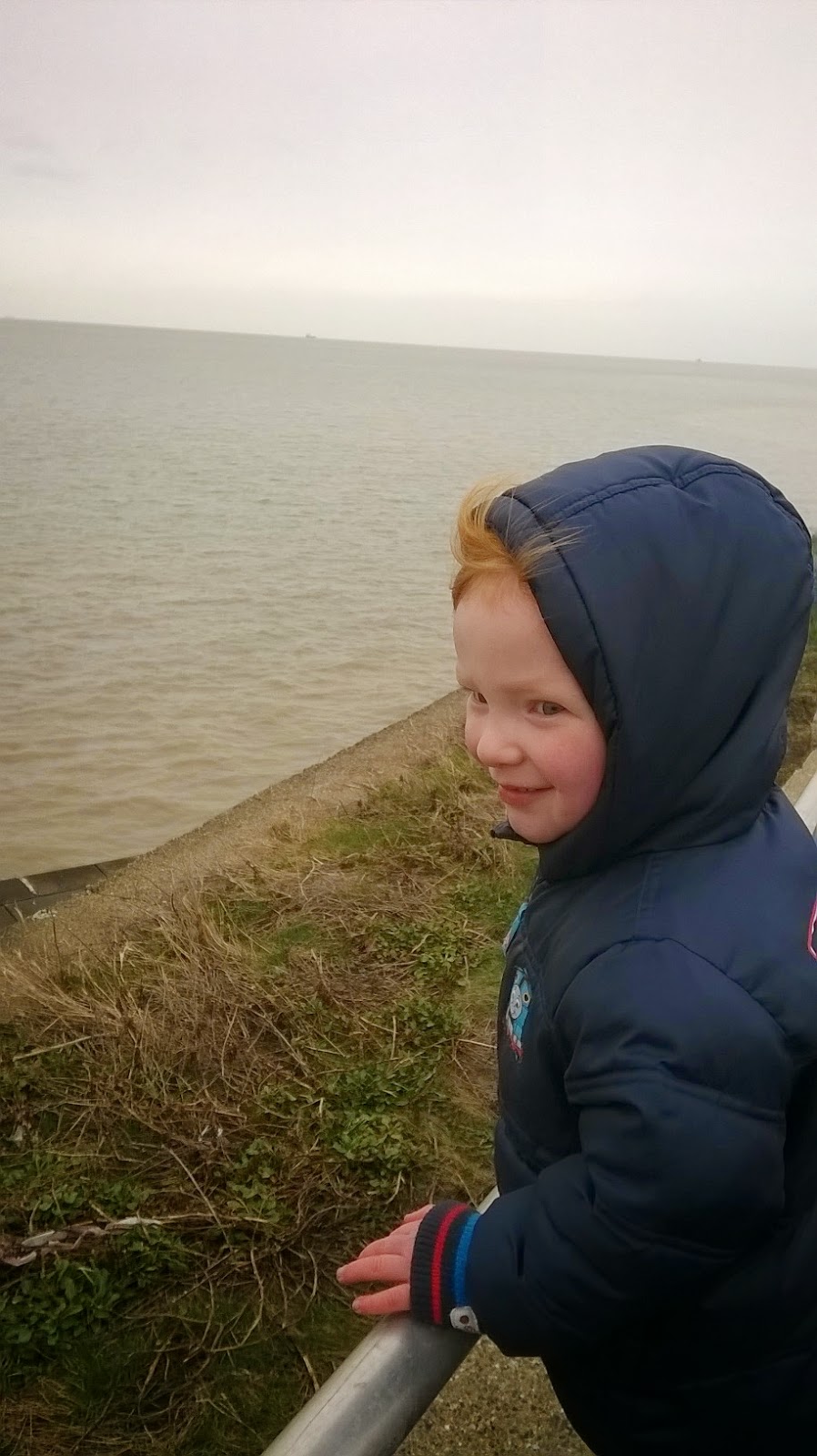 11.15am    No walk yet, we got distracted by Beatrix Potter books, the favourite of the moment! We read most of The Tale of Mrs Tittlemouse and Sam is crying because he's hungry so we all have a snack. 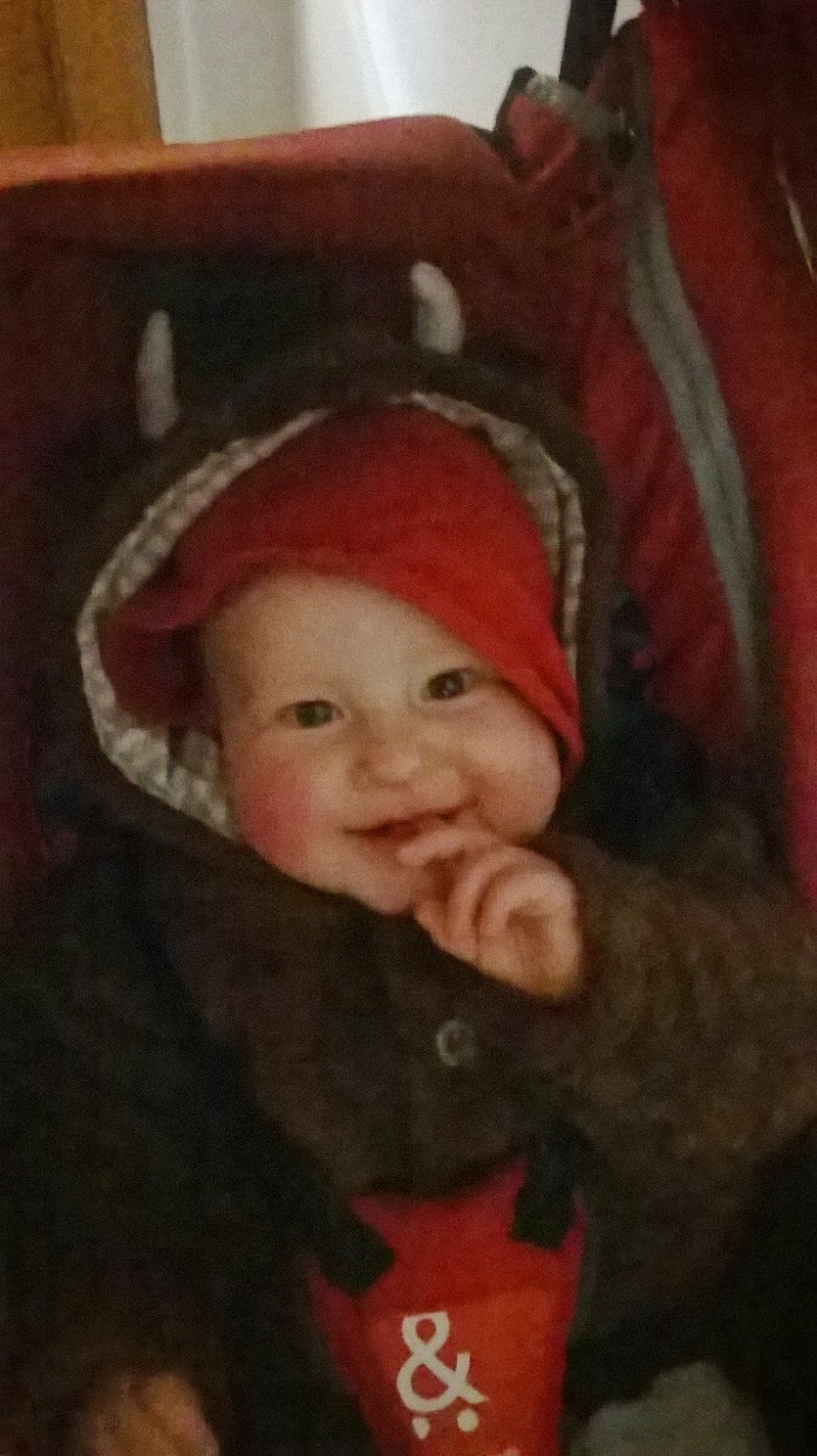 1,45pm    Back from our walk. We went down to the sea via the post office as I had to post some letters to international penpals. Ben counted boats (there were eight!) and Sam wore his Gruffalo jacket and giggled. Sam is sleeping when we get back and I'm anticipating having a little time to relax when Ben wakes him up by yelling. We have lunch. The boys eat while I check the fridge for leftovers to put in pasta sauce for the evening.

2.30pm    Pasta sauce is on the hob. Eventually settled on carrots, mushroom and the last of the gammon from earlier in the week with tomatoes. Yum. We listen to the Muppets (again) while the boys play cars. I read some bloggiesta posts and then go and play cars with Ben.

3.30pm    Boys watch another episode of Fireman Sam while I gather toys to bring on the bus trip to pick up Rhys from work (approximately 40mins). It's the first time we've taken the bus from our new house - up until now I've just been going to our old house and getting everywhere from there, so this is a big step! I'm finally accepting that I don't live in my old house anymore! (It is the same bus route as the old house, just further along but also perfect as a trial run to check how long it actually takes before I return to work on Monday!).

4pm    We leave to pick up Rhys. The bus stop (just up the road) is about a half hour walk with Ben walking! Typically with me being so prepared with toys and snacks, both boys sleep the entire journey!

5.10pm   Arrive in Canterbury. Rhys doesn't finish til 6 so we go to the supermarket to pick up garlic bread for dinner and grab an extra drink. We walk around to Rhys' work and feed Sam while waiting.

7pm     We get home after having to stop to pick up a carton of milk for Sam and feed him en route as he was beside himself crying for some reason. Teeth I think! Rhys puts Sam to bed while I cook pasta , garlic bread and reheat the sauce we made earlier. Rhys comes down from putting Sam to bed and we eat dinner. Ben and I look at his alphabet poster and talk about the letters and what sounds they make. For the past couple of days he's been obsessed with it! We've been going on 'letter hunts' outside where he basically spends a lot of time pointing at street signs and I tell him what the letters are.

9.30pm  I finish working on the blog. I've made social media icons which are pretty, the right size and work. This is incredible for me as my technical ability is pretty much zero! I've also commented on lots of Bloggiesta posts  so I'm pretty happy with what I've done!

9.30 - 11pm  I make a few more slips for my TBR jar and think about getting a bigger jar. I've only done nonfiction and graphic novels so far and it's already half full! I still have eight shelves of fiction to go, plus kids books I haven't read yet! After that I curl up with my book. I'm determined to finally finish Peter Duck after months of reading it and move along to the next book in the series for my big Swallows and Amazons read! I don't quite manage to finish as my eyes are closing, but I do only have one chapter left to go!

11.30ish   Bed! Inevitably woken up at 2.50am by Ben refusing to accept it's the middle of the night. After 45 mins of struggling to get him to stay in his bed I give up and stick him in ours where he immediately falls asleep. Typical.

So that was my day! Next week they'll start to look a lot different as I'm back at work two days a week and Rhys is in charge!

Labels: day in the life, personal