This post is part of so many things! It ties in so well with Fairytale Fridays and with A Way into YA but is actually part of this readalong...

I saw on Twitter a while back that Brittany was hosting a readalong of The Lunar Chronicles by Marissa Meyer, the first one of which everyone in the world seems to have read except me! It seemed like something fun to do and I am obviously a huge fan of fairytale retellings so Cinder had been on the peripheries of my TBR for a while. I also knew that the library had it in because I used to periodically pick it up and put it down again while the boys were in the children's section.

I had been putting it off because so many people love it and I wasn't sure what I would think. For those who don't know, Cinder is part cyborg, living in New Beijing which is under threat of attack by the lunar people, from space. Her stepmother hates her and blames her for her stepsister's illness, but then she meets Prince Kai and everything starts to change...

So far, so Cinderella, right? But there is a lot else in this story. I loved the sci-fi twist Marissa Meyer puts on the tale and I really liked the evolution of the story away from the 'marry the prince, live happily ever after' traditional fairytale ending. Obviously as this is a series, the last part of which isn't even out yet, I don't know how it will end. It may well end that way. Honestly I really liked Prince Kai so I have my fingers crossed, but I'm sure those of you who have already read Scarlet and Cress will be laughing at me. I thought I knew what would happen going in because of the Cinderella connection, and while I did up to a point there's so much more in the story than just that.

Personally I've always found Cinderella to be a bit less than exciting as a character, but Cinder I really liked. Actually all of the characters were great, even if it was just because I hated them so much. I physically wanted to slap Cinder's stepmother Adri so many times. The woman is just awful! It's quite an achievement to make me really dislike a character - more so than loving them as I do that often - so I'm impressed with this series already and excited to start Scarlet!

Reading about The Lunar Chronicles I particularly like that each book introduces a new fairytale, I don't know why I haven't started before!

Check out the readalong fun at Book Addicts Guide.

Check back tomorrow for another amazing independent publisher of Young Adult fiction! 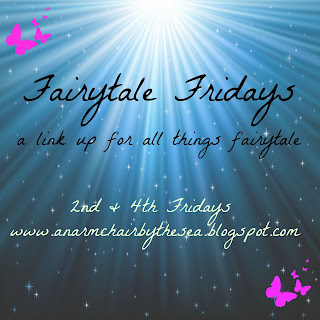 This is also my Fairytale Fridays post for this week.

Fairytale Fridays runs the 2nd and 4th Fridays of each month. Please link up your fairytale related posts (they can be old or new as long as you haven't linked them up before) below!

Labels: #tlcreadalong, a way into ya, Fairytale Fridays