I don't normally double post, but this morning's post was a list so I thought I'd complement it with another list! For Armchair BEA today there are two topics; Author Interaction and More than Just Words. Since I don't really do much author interaction (beyond getting slightly hysterical one time Rainbow Rowell favourited a tweet of mine, or the time Jon McGregor tweeted me back), I thought I'd stick with the More than Just Words category, which gives me a chance to talk about graphic novels! Yay! 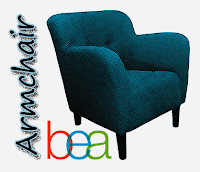 My husband and I are both big fans of graphic novels, so we've compiled a little list of our favourites for you :-) They really are worth reading and there are so many spanning so many genres that even if you're convinced you won't like them, I can pretty much guarantee you'll be able to find something. All titles link through to Goodreads as I'm not very eloquent today!

The Invention of Hugo Cabret by Brian Selznick (and also watch Hugo if you haven't already. Such a stunning film.)
Scott Pilgrim vs the World (series starts with Scott Pilgrim's Precious Little Life and continues through 5 more books) & Lost at Sea by Bryan Lee O'Malley - The film of Scott Pilgrim vs the World is another one you really ought to see, EVEN if you don't like Michael Cera.
The Sandman series by Neil Gaiman & various - starts with Preludes & Nocturnes and continues through ten more volumes plus three spin offs. This is the series that originally got me into reading graphic novels and it contains lots of fairytale and folklore references as well as being quite graphically violent in parts. Don't let that put you off, though, it's worth it!
Fables by Bill Willingham
Persepolis by Marjane Satrapi - this was the first non-fantasy graphic novel I read and it is amazing and hilarious despite it's super serious subject matter. Read it and thank me later.
Naming Monsters Hannah Eaton
The Books of Magic by Neil Gaiman - it should be pointed out that this only applies to the first four volumes written by Gaiman. There are a load more written by other people, but Rhys tried a few and didn't like them much...
Watchmen by Alan Moore & Dave Gibbons - Brilliant film too :-)
V for Vendetta by Alan Moore & Dave Gibbons - the first book I ever reviewed on my blog! Also a truly excellent film you should see if you can.
Flora & Ulysses by Kate DiCamillo & K.G Campbell - we're currently having a debate about whether this counts, as it's not fully graphic, but it does have fairly regular pages done in graphic novel style, plus it's awesome and about a superhero squirrel. Enough said, really.
Umbrella Academy by Gerard Way & Gabriel Ba - Awesome series about a group of superhero siblings.

Also lots of things I'm looking forward to reading & have heard tons of good things about:

Peter Panzerfaust Kurtis Wiebe & Tyler Jenkins - recommended to me by a friend at work, it's basically Peter Pan in the Second World War as a resistance fighter and it sounds epic.
Fairest by Bill Willingham & others - a spin off of the Fables series, focusing on the female fables.
The Unwritten by Mike Carey & Peter Gross - originally recommended to me in a Twitter conversation I think. The series just sounds really cool.
Blankets & Habibi by Craig Thompson - So many people love Blankets and I keep eyeing up Habibi in Waterstone's...
Tamara Drewe by Posy Simmonds - I saw the movie for the first time over Christmas and I'm just really interested to see where the book is similar/different

I love graphic novels because they are such a different form of expression and there is so much beauty in them and complexity of experience. They're really worth reading, and not just because they're short and make you feel great about having finished an entire book in an hour, but because you can get so much from them, and different things each time you read. Anybody else a graphic novel fan? What's your favourite?
Posted by anarmchairbythesea at 21:35