June was an amazing month for RAK for me, and it really fired me up to send out lots in July. Unfortunately my imagination is limited by my financial reality, so here is what I sent out:

The Bell Jar by Sylvia Plath to Justine. I have a huge love/hate relationship with Plath - I loved this when I read it, I hate a lot of her poetry, and it took me many many years to realise that to appreciate her wriitng, I didn't have to admire her personality. I hope it's as interesting for Justine as it was for me! 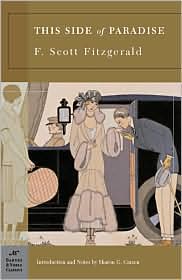 This Side of Paradise by F. Scott Fitzgerald to Laura at Devouring Texts, because Fitzgerald is amazing. I haven't read this yet but it's on my shelf and I'm hoping I'll love it as much as I did Gatsby and Tender is the Night! Also we discovered that she lives quite near my parents, which is totally awesome as no bloggers ever live in areas that I know well. I may have become inordinately excited about it...Anyway!


Ellie posted last month about how she tries to pick from the non - YA participants of RAK, and I have to admit that I do the same thing. I do feel that the YA readers take care of each other very well, whereas the rest of us can sometimes get a little left out! If I'm having a rich month, I try to pick one person entirely at random to send a book to, and then a couple of others based on my interest in their wishlists. What can I say, I like to send people things that either I already love or that I want to read myself!

I have had another lucky month in July. I'm a little worried that when the baby comes, I'm going to have to cut back to sending out one RAK a month, which kind of sucks but one is still one, right? :-)

Here's what I got this month:

From Marika at Living for Books:

The Girl Who Circumnavigated Fairyland in a Ship of Her Own Making by Catherynne M. Valente. This book sounds really awesome. I first heard about it on the Bookrageous Podcast, and then saw it again on a trip to Forbidden Planet in London last month, and now I finally have it! I will be reading this soon, as it goes towards the Telling Tales Challenge! Thanks!


From Laura (who is awesome) at Devouring Texts (which is also awesome):

Bossypants by Tina Fey, which I've been dying to read for a really long time, so I hope it's as great as I want it to be! 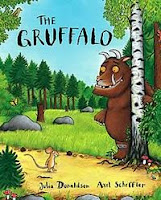 The Gruffalo by Julia Donaldson & Axel Scheffler for the baby!! I am so excited about children's books in general and have been even since before I got pregnant, which is probably a bit weird but oh well. The other day I was complaining about how the baby didn't have this book in his library yet, and here it is! it's like she's a mind reader! :-)

Thank you so much Laura!

I'm not going to be signing up for RAK officially this month, as I've had to start my maternity leave early and so am freaking out a little about money! Hopefully I will be back to it next month, once I've managed to save a bit more!
Posted by anarmchairbythesea at 09:00