Briefly  I'm writing this on Saturday night because I'm hopefully going to be out Sunday evening at a Christmas dinner thing so it won't get done otherwise! I've been very absent on the blog this week and hopefully this post will explain why a bit!
Time and Place | 7:42pm Saturday night, again in the armchair, my usual blogging place.
Eating and Drinking | Spaghetti with veg sauce and leftover beef followed by some of the chocolate from my amazing secret santa parcel!
Reading | About to finish Enough: Breaking Free From the World of More by John Naish. It's given me so much to think about. I'm just reading the penultimate chapter which is a lot about gratitude and relearning to be grateful for things. It's incredibly thought provoking actually, because I know I go through a lot of days bitching and moaning about all the tiny things which go wrong and forgetting to think about all the hundreds of things which go right! I also finished Forgive Me, Leonard Peacock this week and quite enjoyed it. I've not got much to say about it so I don't think it will be getting a full review though! I'm back on my reread of Waylander by David Gemmell as of last night and I still love it. It's been far too long since I read any Gemmell.
Watching | Nothing right now but I'm thinking about Gilmore Girls...I just finished watching The Road to El Dorado with the boys so now I have 'El Dorado! El Dorado! El Doraaaaaado!' in my head. Hopefully somebody reading this will have seen the film and have some clue what I'm talking about. If you are that person, I apologise for getting the song in your head.
Listening | Again, nothing right now but we've been listening to the Muppet Christmas Carol soundtrack all day pretty much. Did you know that wherever you find love it feels like Christmas?
Making | All the things! I finally finished the name blocks I mentioned last week:
Also a scarf for Rhys' stocking, which he has seen so I can put a picture here as I'm secretly pretty proud of it. 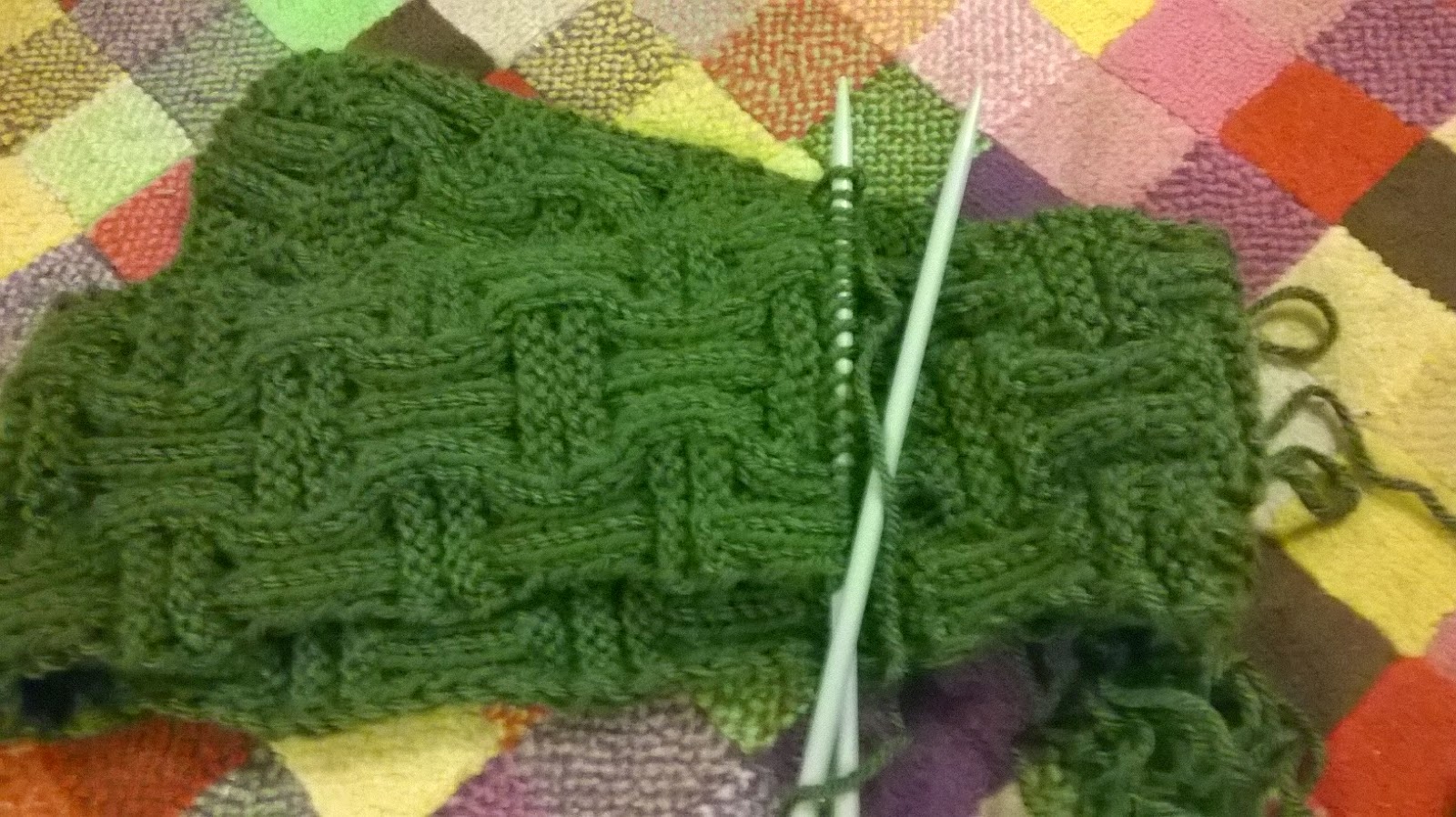 Obviously it's not finished yet but it should be finished tonight and then I've got blocks to make for Sam as I've already made some for Ben and the plan is that they will be the boys' presents to each other. Suffice to say I'm probably not going to be blogging much this week either! Also we decided since none of us actually have proper stockings and we've been making do with mums spares the past four years, we'd actually make our own this year! I say make, what I really mean is do this: 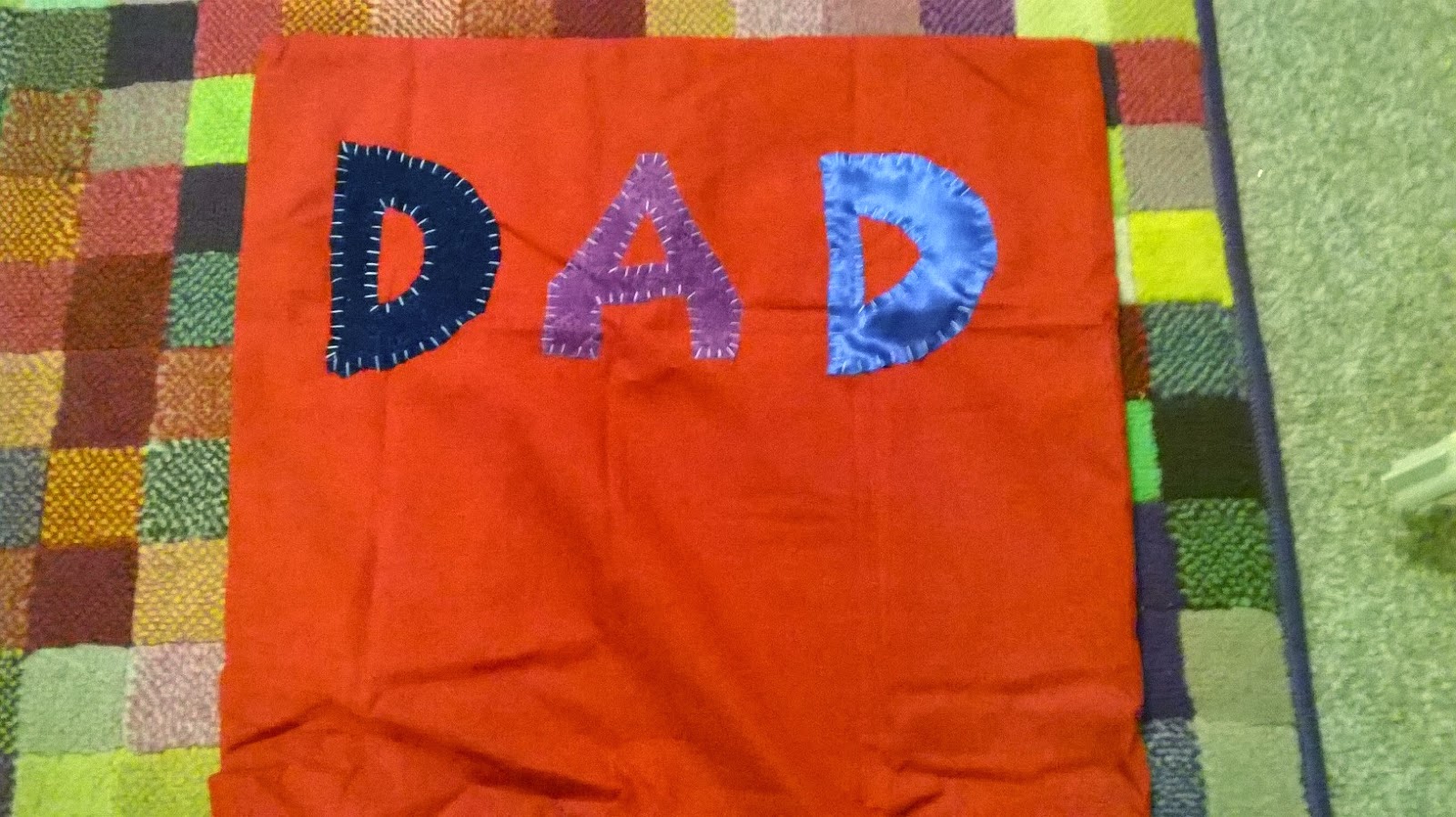 Yes, that is a pillowcase with fabric letters (made from scraps of fabric from our rag bag, how Little Women am I?!) sewn onto it. So far this is the only one of the four that is finished. Obviously we have our priorities straight!

Cooking | I cooked spaghetti with sauce earlier, but really the cooking was minimal as the sauce was from a jar (supplemented with an extra can of chopped tomatoes so there will be enough to freeze for that time between Christmas and New Year where nobody really wants to get dressed let alone go food shopping) and the beef was just leftover so all I had to do was cut it up.
Blogging | Absolutely nothing. I will be blogging about the awesome Secret Santa parcel I've received though!
Hating | Trying not to hate anything at the moment. See previous comments about gratitude.
Loving | That the contracts for our house finally arrived from the solicitors! We have to get everything signed and take it in to them on Monday and hoooooopefully we'll be able to get stuff exchanged before Christmas *crosses fingers and holds breath*
Avoiding | The kitchen. I've been washing up all damn day and I swear every time I go in there more dirty dishes have just grown from somewhere. Urgh.
Anticipating | I'm stupidly excited for Christmas now, especially Christmas eve. My parents have a big meal at their house and everybody gets dressed up and eats three courses and sets up the nativity scene and then afterwards we have a little concert where my mum makes us each sing/play/perform something. This year Benji and I are singing 'Oh Christmas Tree' (he sings it 'o ismas ee'). Oh and then we eat loads of after eights and watch Miracle on 34th Street and argue about whether or not to go to midnight mass. Serious excitement.
Who's excited about Christmas? Has anybody else had a bookish Secret Santa?
Posted by anarmchairbythesea at 11:00