A couple of years back Allie hosted the first Victorian Celebration event; a couple of months over the summer dedicated to reading a lot of Victorian literature, and this year she has brought it back! I'm excited because despite being a very good little Classics Clubber back when I first started I've totally slipped with it recently and I need some encouragement to get back into the Classics. As you will see the lack of reading them is not for lack of availability! 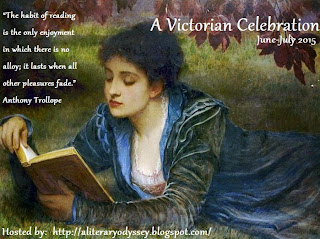 Because I'm me and I really enjoy making piles of books that annoy the hell out of my husband (sorry Rhys) I decided to pull out one book from each author that I own on Allie's list and make a big pile of potentials. I didn't pull out any stuff I don't feel inspired to read so actually this pile is entirely made up of actual possibility as opposed to usually when I make ridiculously ambitious piles or lists full of books I don't really want to read. Anyway! I have no idea where to start, except possibly with a Bronte and possibly The Professor primarily because I won it during the last Victorian Celebration which means it's been sitting unread on my shelf longer than anything by any of the Bronte's has any right to!

If you have strong feelings about any of the books in my pile please let me know! I'll probably only have time to read one or two but as usual I like to give myself options. Here's what I've got: 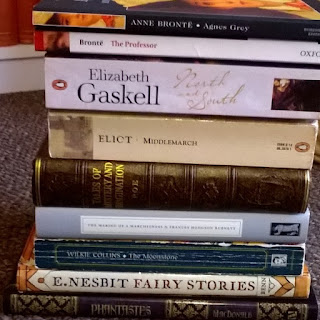 So there we go, an exciting pile. If you want to sign up to join in the Victorian fun you can do so at Allie's blog