I read about this over on Heather's blog and thought it was a fantastic idea! The general idea is that during February you read only graphic novels. Although I won't be able to do this, because I have a course starting in February which requires other reading, the other reading is SF and Fantasy, so not a million miles away from a lot of the graphic stuff I have still to read!

The primary reason to join in with this is because there are a silly amount of graphic novels on our GN shelf that I haven't read yet. Currently, Rhys has read more of them than I have (and he hasn't read Sandman or Fables) which just makes me feel... challenged, I guess! So, here are the things I have yet to read:

(Oh, and I accidentally ordered Volume 13 of Fables while I was in the new graphic novel shop up the road, so that should be in on Wednesday...) 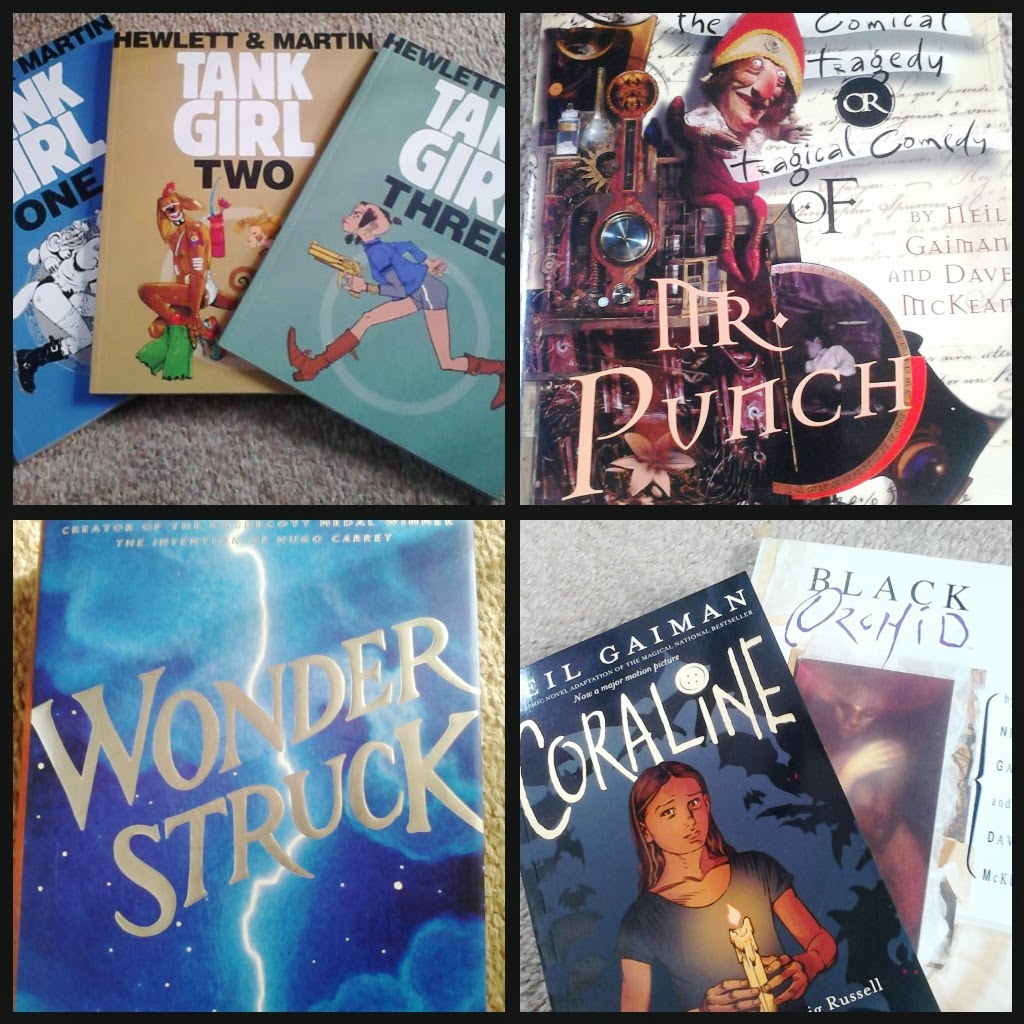 So yes. There is Tank Girl Volumes 1,2, and 3 which my lovely friend and her lovely boyfriend got me for my birthday last June and I still haven't read, although I started the first one and it seemed really good but then I got distracted by something... You know how it goes! Then The Comical Tragedy or Tragical Comedy of Mr Punch by Neil Gaiman and Dave McKean which we've had for years, I don't even remember when we got it, but since we're planning to go to this exhibition of Dave McKean's work during our week off in a week or two, I really should read it at the same time I think. I was talking to somebody on Twitter this week about Wonderstruck and how if I liked The Invention of Hugo Cabret (which I really, really did) then I'd probably love it and should probably read it, like, now. So I probably will do :-) It's one of the longer ones though, so will probably take a little bit longer than most of the rest.

For somebody who adores Neil Gaiman's work, it's a bit silly how many of his graphic novels I've had sat on my shelf for literally years and not read yet. I've read the non-graphic Coraline, so that will probably take a bit of a back seat, but Black Orchid's been haunting the shelves for at least three years so I should really get on with it! 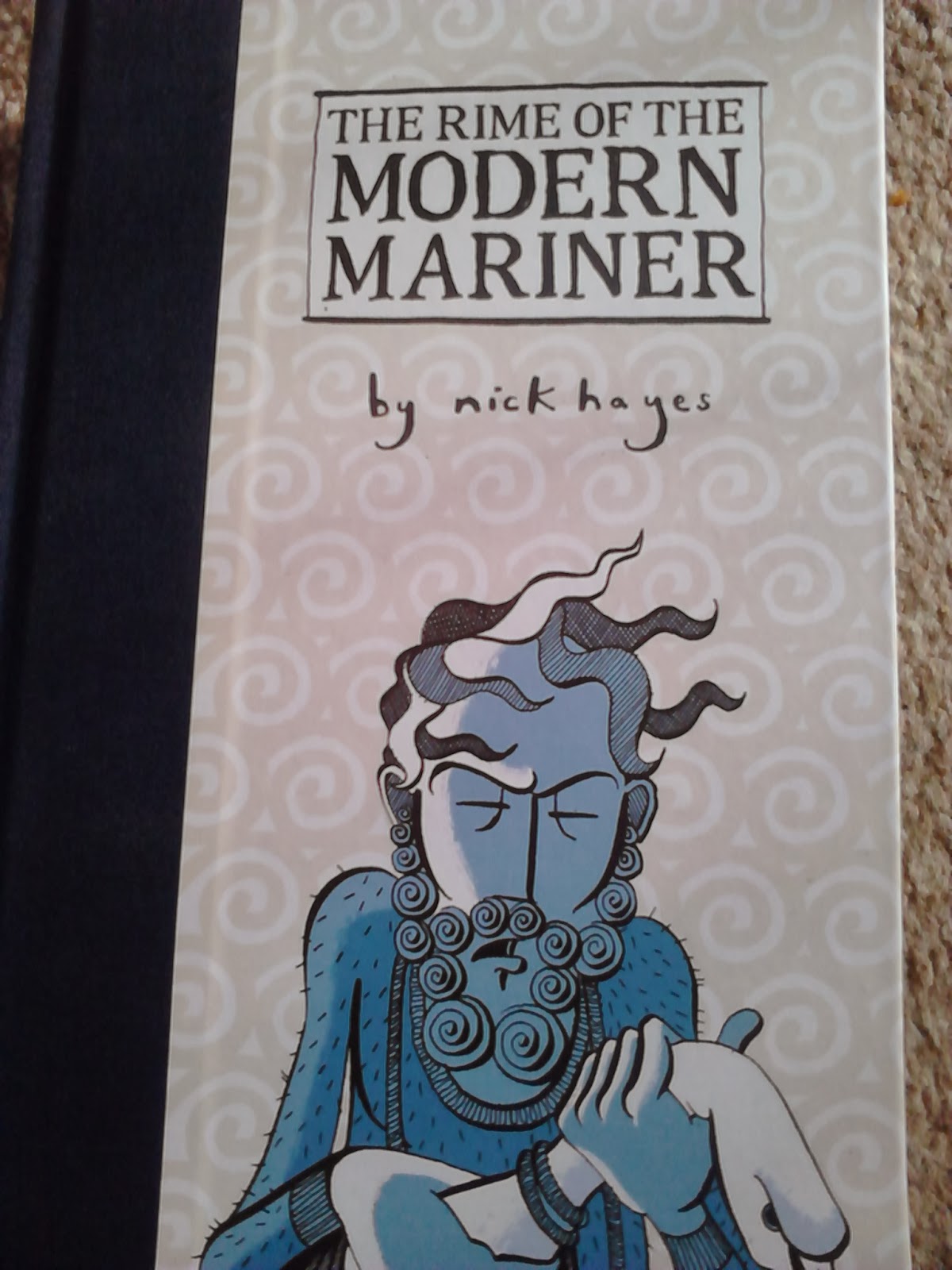 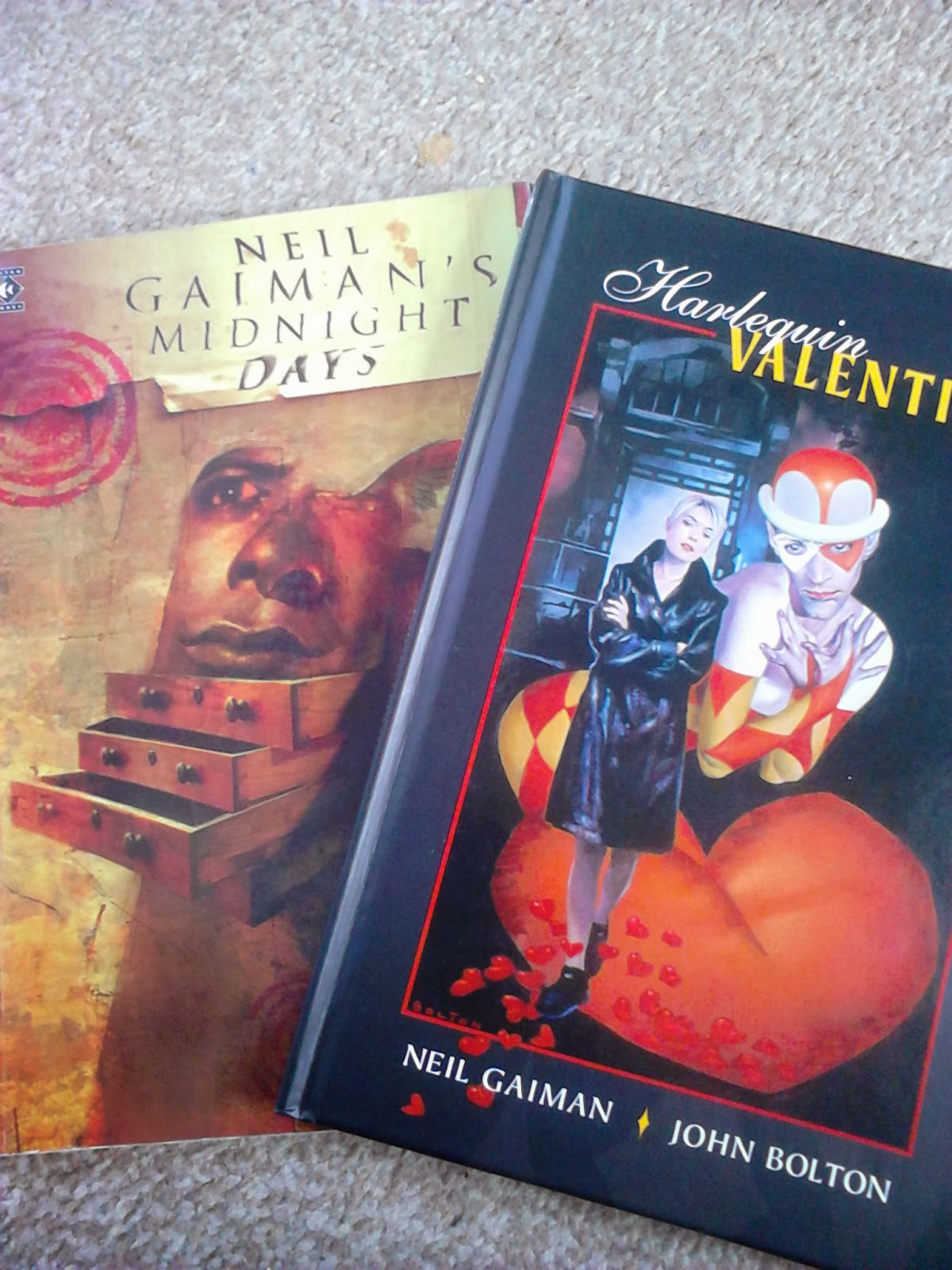 The Rime of the Ancient Mariner by Coleridge is a bit of a running joke in my family. When I was studying it at uni I loved it so much I read bits of it out loud to my family, which has led to people shouting (usually in completely random situations) 'unhand me, grey beard loon!' and 'wherefore stoppst thou me?', so yeah. It's kind of a travesty that I haven't yet read The Rime of the Modern Mariner, especially since Rhys bought it three years ago and read it the same day. He puts me to shame.

The final two are more Gaiman, both of which I think will be quick reads. Harlequin Valentine is a recent purchase but I've wanted to read it for years so I think it will be top of the pile, and Midnight Days has been kicking around for years so it's time I found out if it's any good!

Let's see if I actually manage to get through any of these :-p